Summary: Successful incubation of sea turtle eggs only occurs within a narrow thermal range; when nest temperatures reach the upper thermal threshold eggs may not develop and die. Considering this and projected increases in temperature it is crucial to understand how hatchling output might be affected by changes in climate. Therefore, the overall aim of this project is to explore the potential impacts of climate change on loggerhead hatchling output. For this we will focus on the Northern Gulf of Mexico (NGM) Recovery Unit and: 1) determine the effects of local environmental variables, the incubating environment, and nest location on hatchling output for the NGM loggerhead Recovery Unit; and 2) project how predicted changes in these variables will affect future hatchling output. To address these objectives we will conduct fieldwork at St. George and St. Joseph State Parks and collect information on the incubating environment and local climate for each location as well as hatchling output data. Models will be developed to explore the variables that best describe hatchling output and to project future hatchling output under various scenarios. 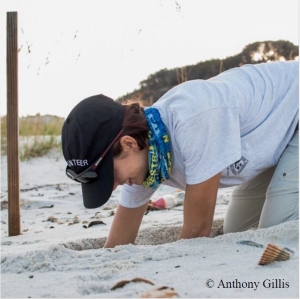